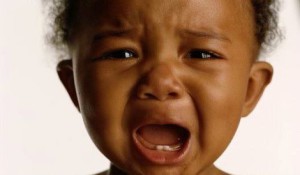 RSV – RSV stands for respiratory syncytial virus, and it’s the top cause of bronchiolitis (inflammation of the small airways) and pneumonia in U.S. infants. The infection begins with flu-like symptoms, including a fever, runny nose, and cough. Up to 40% of young children with their first RSV infection will develop noticeable wheezing, and up to 2% will require hospitalization. RSV tends to be milder in older kids and adults. 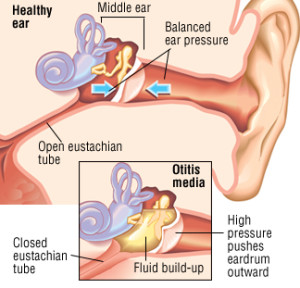 Ear Infection: Young children are prone to ear infections because of their small Eustachian tubes. These tubes connect the ears to the throat, and they may get blocked when a cold causes inflammation. This traps fluid inside the middle ear, behind the eardrum, allowing germs to breed. The symptoms include fever, fussiness, and ear-pulling. Most ear infections are due to viruses and go away on their own. Childhood vaccinations help prevent infections from certain bacteria that can cause ear infections.

Glue Ear: A buildup of fluid in the middle ear (either with or without any pain) is called otitis media with effusion, or OME. It often follows an acute ear infection or upper respiratory infection. The fluid usually clears up on its own within a couple weeks. However, if it lingers or is thick and glue-like (“Glue Ear”), it can interfere with a child’s hearing. Ear tubes may be recommended to help the fluid drain

Croup: The hallmark of croup is a tight cough that sounds like a barking seal. The cause of the cough is inflammation in the upper airways, usually due to a virus. If breathing becomes severely impaired, hospital treatment may be needed. However, most kids get better on their own in about a week. Croup is most common in children under 5.

Hand-Foot-and-Mouth Disease: Hand-foot-and-mouth disease causes a fever along with blisters on the inside of the mouth, the palms of the hands, the buttocks, and the soles of the feet. In the U.S., it is usually caused by coxsackievirus A16. This virus tends to spread among children during summer and early fall. Most cases are not serious and last a week to 10 days.

Pinkeye:Tearing, redness, itching, and crusty eyelashes are all signs of conjunctivitis, commonly called pinkeye. Often caused by the same viruses as the common cold, pinkeye spreads rapidly in schools and day care centers. Consult your pediatrician to determine whether your child needs treatment. Most cases clear up in four to seven days.

Fifth Disease: Often called “slapped cheek” disease, fifth disease causes a bright red rash on a child’s face. A rash may also appear on the torso, arms, or legs. The culprit is human parvovirus B19, a virus that may cause mild cold-like symptoms before the rash is seen. Once the rash appears, the child is usually no longer contagious. Up to 20% of kids get it by age 5, and up to 60% have had it by age 19. The rash usually disappears in seven to 10 days. 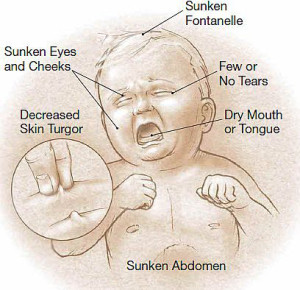 Rotavirus: Before the introduction of an effective vaccine, rotavirus was the top cause of diarrhea-related deaths in young children. The main symptoms are vomiting and watery diarrhea, which can make babies become dehydrated very quickly. There are now two rotavirus vaccines for infants, and studies indicate a dramatic drop in the number of new cases. 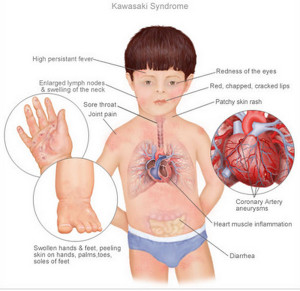 Kawasaki Disease: Kawasaki disease is a very rare and mysterious ailment that strikes children under age 5. The symptoms include a high fever, patchy rash, swelling and redness of the hands and feet, bloodshot eyes, and chapped, red lips. Without treatment, the illness can damage the heart and may be fatal. Doctors have yet to discover what causes Kawasaki disease.

Strep Throat
Most kids get a sore throat now and then, usually due to a cold virus. So how can you tell if it’s caused by the strep bacteria? Sneezing or a runny nose point to a cold. Signs of strep include a sore throat that lasts more than a week, painful or difficult swallowing, excessive drooling, a rash, pus in the back of the throat, fever over 100.4 degrees, or contact with someone with strep throat. Strep throat is treated with antibiotics.

Scarlet Fever: Sometimes a rough, red rash accompanies strep throat. This is known as scarlet fever. The rash begins on the chest and abdomen and spreads all over the body, accompanied by a strawberry-looking tongue and high fever. Without treatment, it can lead to rheumatic fever and, in rare cases, heart damage. That’s why scarlet fever was once a dreaded childhood illness. Today, it is easily cured with antibiotics.

Reye’s Syndrome: You’ve probably heard you should never give aspirin to children or teens. Reye’s syndrome is the reason. This life-threatening condition may strike kids who take medications containing aspirin during a viral illness. Symptoms include dramatic behavior changes, seizures, and coma. Reye’s syndrome has become very rare since the CDC warned against giving aspirin to children.

MRSA/Staph Infection: MRSA is a type of staph bacteria that doesn’t respond to some antibiotics. Doctors say MRSA is now the top cause of skin infections. These infections usually appear in the form of sores or boils and may look like a spider bite. MRSA ear, nose, and throat infections are also on the rise in elementary school children.

Impetigo: Impetigo is another bacterial skin infection. It most commonly causes clusters of tiny blisters on the skin that ooze and form a golden crust. Touching the fluid can spread the infection to other parts of the body or other people. It is often caused by staph bacteria but also can be caused by strep bacteria. This type of impetigo is most common in kids ages 2 to 6. If treated with antibiotics, the sores usually heal without leaving scars.

Ringworm: Yet another skin infection, ringworm is actually caused by a fungus — no worms involved. It causes a red, scaly ring on the skin or a round patch of hair loss on the scalp. The fungus spreads easily from child to child, so sharing combs, brushes, towels, and clothes should be avoided. Ringworm is treated with antifungal medication. 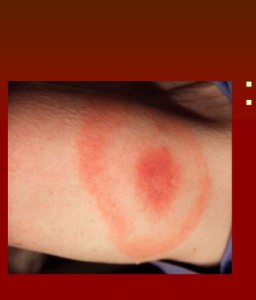 Lyme Disease: The hallmark of Lyme disease is a target-shaped rash that appears 1-2 weeks after a tick bite, though not everyone will develop the distinctive rash. The rash may be accompanied by a fever, chills, and body aches. The culprit is a type of bacterium carried by tiny deer ticks. Without treatment, Lyme disease can affect the joints, nervous system, and heart.

Flu: Is it a cold or the flu? These illnesses can have similar symptoms. The flu more commonly causes high fever, chills, body aches, extreme fatigue, and nausea or vomiting. While most children get better on their own, the flu can lead to serious complications like pneumonia, especially in younger children. The CDC recommends an annual flu vaccination for children ages 6 months and older.

Seasonal Allergies: Seasonal allergies, sometimes called hay fever, are not an infection, but a reaction to microscopic particles like pollen (seen here in pink). Symptoms may include sneezing, watery eyes, and a runny or stuffy nose and may only occur in spring or fall. Kids may constantly rub their nose with the palm of the hand, a gesture called the allergic salute. There is no cure for hay fever, but there are ways to help control the symptoms.

This site uses Cookies. By continuing to browse the site you are agreeing to our use of cookies.

We use cookies on our website to give you the most relevant experience by remembering your preferences and repeat visits. By clicking “Accept All”, you consent to the use of ALL the cookies. However, you may visit "Cookie Settings" to provide a controlled consent.
Cookie SettingsAccept All
Manage consent

This website uses cookies to improve your experience while you navigate through the website. Out of these, the cookies that are categorized as necessary are stored on your browser as they are essential for the working of basic functionalities of the website. We also use third-party cookies that help us analyze and understand how you use this website. These cookies will be stored in your browser only with your consent. You also have the option to opt-out of these cookies. But opting out of some of these cookies may affect your browsing experience.
Necessary Always Enabled
Necessary cookies are absolutely essential for the website to function properly. These cookies ensure basic functionalities and security features of the website, anonymously.
Functional
Functional cookies help to perform certain functionalities like sharing the content of the website on social media platforms, collect feedbacks, and other third-party features.
Performance
Performance cookies are used to understand and analyze the key performance indexes of the website which helps in delivering a better user experience for the visitors.
Analytics
Analytical cookies are used to understand how visitors interact with the website. These cookies help provide information on metrics the number of visitors, bounce rate, traffic source, etc.
Advertisement
Advertisement cookies are used to provide visitors with relevant ads and marketing campaigns. These cookies track visitors across websites and collect information to provide customized ads.
Others
Other uncategorized cookies are those that are being analyzed and have not been classified into a category as yet.
SAVE & ACCEPT